The ‘Goldilocks Day’: the perfect day for kids’ bone health

ARE you enjoying your shopping experience? Video surveillance systems might soon be answering that question for you. CCTV security cameras are a familiar fixture in shops, but the same cameras can also be used to track and analyse your browsing habits. 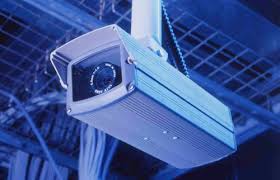 Mirela Popa at Delft University of Technology in the Netherlands and colleagues are developing software that can automatically categorise shoppers’ behaviour using video footage from the fisheye cameras that many retail outlets have on their ceilings.

For example, the system can tell if customers appear to be disoriented, are looking around for a specific product, or are heading purposefully towards a particular section. When a customer seems in need of assistance, a member of staff can be directed to them. The aim is to help customers and increase retailers’ profits, says Popa, who hopes the technology will lead to better customer service. “If I don’t find what I’m looking for, I leave the shop,” she says.

“This could be extremely valuable in terms of how to judge when a customer needs help,” says Patrick O’Brien of retail analysts Verdict Research in London, UK. “In a busy shop it’s difficult to know who it would be most productive to help next.”

By installing additional cameras at eye level among shop displays, Popa’s system can also build up a detailed picture of how a shopper interacts with particular products, providing instant feedback for retail analysts. In a mock-up shop in their lab, with volunteers posing as shoppers, the system was able to identify specific browsing behaviours, including what items were picked up or put back, or when shoppers tried clothes on.

The technology is based on motion-detection algorithms that track people’s movements. It then learns patterns, based on what it has observed, that can be used to predict future customers’ behaviour, says Popa.

The team reports an overall accuracy of 85 per cent in categorising customers’ behaviour. They presented the latest version of the work at the International Conference on Image Processing in Orlando, Florida, this month.

But even if such technology could lead to a better experience for customers and retailers, will people accept a greater level of intrusion? The team conducted an early trial in a supermarket in Eindhoven, the Netherlands and, according to Popa, people have been positive so far. “I think that life is changing,” she says. “You can’t do anything about that.”

“The real challenge is in turning that data into something of value,” says Tim Denison, director of retail intelligence at Ipsos Retail Performance in Milton Keynes, UK, and co-founder of Retail Think Tank. He believes it is a challenge that’s about to be met.

Within two years, video analysis systems that monitor consumer behaviour could be cost-effective for many retailers. He notes that there are already smart billboards with built-in cameras that use visual cues to guess whether you are male or female, and display a different advert accordingly.

As for privacy, Denison is pragmatic. “If it’s clear both consumer and retailer derive benefit from the technology, then it’s fair game,” he says. “A win-win scenario.”

Benefits to retailers are obvious: more customers, and more profit. Consumers could enjoy better customer service – the system can predict when a shopper appears to be in need of help – and improved shop layouts and displays that make it easier to find products.

Volker Roth at the Free University of Berlin, Germany, is less sanguine: “In general, any work that targets and profiles users, potentially without their consent or awareness, has a significant privacy dimension.” He adds that many of the people being tracked may not value any improvement in customer service above their own privacy.

One thought on “Smart CCTV knows when you need shopping advice”