UK Home Secretary Theresa May has announced that Gary McKinnon, who was accused of hacking into the Pentagon’s computer network, will not be extradited to the US. The move is due to the risk of McKinnon ending his own life. 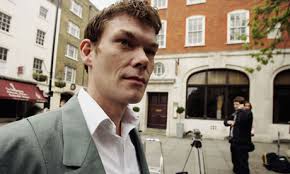 ­The home secretary said that there is no doubt McKinnon is seriously ill, that she carefully examined the medical evidence and took legal advice, concluding that his extradition would pose such a high risk that he would end his life, which restricts his human rights.

McKinnon, 46, suffers from Asperger’s syndrome. If convicted in the US, he could face up to 60 years in jail.

The case of McKinnon has become the first time the British government has refused to extradite someone across the Atlantic since the existing UK-USA extradition treaty came into force in January 2004, The Independent reports.

The agreement is largely contested by dozens of British MPs, who call the current policy one-sided, basically meaning Washington can demand anyone’s extradition without proof, while London is obliged to obey. The treaty makes it far easier for the USA to take people from the UK than the other way around.

In a treaty with the US, the Americans must only show “reasonable suspicion” if they want to extradite a Briton – compared with “probable cause” going the other way. As a result, more Britons have been extradited than Americans.

The latest medical study by professors Declan Murphy and Tom Fahy spelled out the risks the British government could face if it went ahead with the extradition.

The same experts in July concluded that McKinnon’s risk of suicide was “moderate.” Since then they have studied reports from three experts on Asperger’s and suicide, who examined McKinnon earlier in the year.

The new report, dated September 24, read: “It is clear that there is a significant risk of suicidal behavior and that Mr. McKinnon ‘will do’ what he has threatened for the last three to four years if the extradition proceeds. On this specific point, we cannot offer reassurance to the authorities who are dealing with the case.”

London Mayor Boris Johnson praised the court’s decision saying that “justice has prevailed.” He said that the extradition would have been “extraordinarily cruel and inhumane.”

“I applaud the government’s stance. If they had approved extradition they would have been saying that extradition on any grounds was OK. It’s not,” he said.

McKinnon’s mother Janis Sharp thanked Home Secretary May for made a lifesaving decision for her son.

“Thank you Theresa May from the bottom of my heart – I always knew you had the strength and courage to do the right thing,” she said.

McKinnon’s family and supporters have fought a high profile campaign against extradition over the last seven years, since US proceedings to seek his custody began.

McKinnon was arrested in March 2002 for allegedly hacking into dozens of NASA and Pentagon computers over a 13-month period from his bedroom in North London. He has admitted the security breaches but said they were unintentional and that he was looking for evidence of UFOs, which apparently he found. Scores of files reveleaed names of “Terrestrial” and “extra Terrestrial Ambassadors” and images of space ships.

‹ People with depression often excluded from clinical studies of antidepressants?
If FP ( foreign-policy ) nerds were ‘the public’: 15 questions for a more interesting debate ›