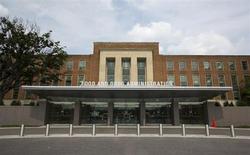 NEW YORK (Reuters Health) – About one-third of chemotherapies are used to fight cancers that drug regulators never approved them to treat, says a new study.

Chemotherapies – drugs that kill rapidly dividing cells – are approved by the Food and Drug Administration (FDA) to fight specific cancers, but there’s nothing stopping doctors from prescribing the drugs “off-label” to treat other types of tumors.

Some researchers have questioned whether doctors were prescribing the expensive and toxic drugs outside of their intended use, according to the study’s researchers, led by Rena Conti, an assistant professor of health policy and economics at the University of Chicago.

“The main criticism of off-label prescribing has been the concern that it jeopardizes patient safety because the full risk-benefit ratio is often not completely understood,” wrote the University of Toronto’s Dr. Monika Krzyzanowska, who published an editorial accompanying the study in the Journal of Clinical Oncology on Tuesday.

But that doesn’t mean the billions of dollars spent on off-label chemotherapies are wasted, according to Conti.

“We don’t know what the outcomes are. We can’t make a judgment of whether the off-label use we document… is appropriate or inappropriate,” said Conti.

For the new study, the researchers used a national prescription database from U.S. cancer doctors to estimate how the most common intravenous or injected chemotherapies were used in 2010.

They found ten chemotherapies that were still protected from competition by patents. They ranged from almost 500,000 doses of Genentech’s Avastin or bevacizumab – approved to treat brain, colorectal, lung and kidney cancers – to about 53,000 doses of Celegene’s Vidaza or azacitidine – used to treat certain blood disorders.

Overall, about 70 percent of the doses of the ten chemotherapies were used “on-label,” which means the doses were used in line with FDA approval. The other 30 percent was used to treat cancers the drug regulators never approved.

The researchers also looked at whether the off-label use of chemotherapies was supported by the National Comprehensive Care Network (NCCN), a group that publishes its own guidelines on cancer care.

They found that 14 percent of chemotherapies were prescribed off label but were supported by the NCCN’s expert opinion, and 10 percent were prescribed without NCCN or FDA support.

Conti told Reuters Health that doctors follow guidelines from expert organizations when there is not enough data for the FDA to make a decision, such as when rare diseases make it too difficult to conduct a clinical trial.

Conti and her colleagues point out, however, that some researchers have criticized NCCN recommendations, because of possible delays in guidelines based on the latest data, and possible conflicts of interests.

“To me it’s a little troubling that so many drugs are given in areas where there is not a lot of data to back it up,” said Dr. Nancy Keating, a cancer researcher who was not involved with the new study.

“The tricky thing is patients with cancer and their doctors are looking for anything with a benefit. So I think they’re sometimes willing to try things where there isn’t as much data as you would like,” said Keating, from Boston’s Harvard Medical School and Brigham and Women’s Hospital.

She added that their study shows chemotherapy use is driven by FDA approval and expert opinion. The other chunk that’s prescribed without expert or FDA backing may be in response to a lack of available treatments, she said.