Airport landing system off when plane crashed in San Francisco 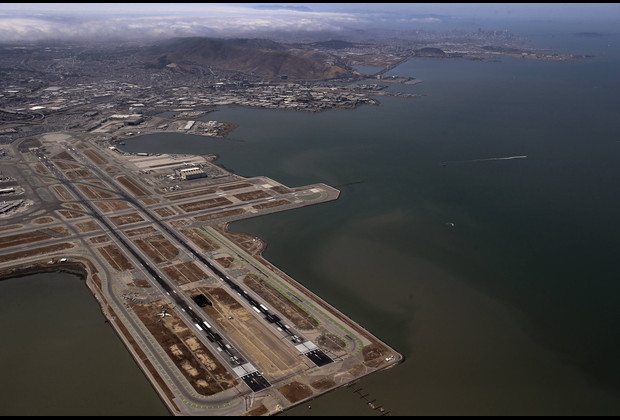 The system, called Glide Path, is meant to help planes land in bad weather. It was clear and sunny, with light winds, when Asiana Flight 214 from Seoul, South Korea crashed just before noon, killing two passengers and injuring more than 100.

Aircraft safety experts said Glide Path was far from essential for routine landings, and it was not unusual for airports to take such landing systems off line for maintenance or other reasons.

But pilots have grown to rely on the decades-old technology, which is designed specifically to prevent runway misses, so investigators are likely to look closely at the issue.

“The pilots would have had to rely solely on visual cues to fly the proper glide path to the runway, and not have had available to them the electronic information that they typically have even in good weather at most major airports,” said Captain Chesley “Sully” Sullenberger, the former US Airways pilot who gained fame with a successful crash landing on the Hudson River in 2009.

“What that means is that then the automatic warnings that would occur in the cockpit when you deviate below the desired electronic path wouldn’t have been available either. So we don’t know yet if that’s a factor in this particular situation, but that’s certainly something they’ll be looking at,” he told the local CBS News affiliate.

Glide Path is a computerized system based at an airport that calculates a plane’s path of descent and sends it to pilots in real time.

San Francisco International has turned off the system for nearly the entire summer on the runway where the Asiana flight crashed, according to a notice from the airport on the Federal Aviation Administration’s Web site. It showed the system out of service June 1-August 22 on runway 28 Left.

Kevin Hiatt, chief executive of the Flight Safety Foundation and a former Delta pilot, said it was common for airports to take instrument landing systems offline for maintenance on clear days. Pilots use several other instruments and visual cues to land in clear conditions, Hiatt said.

“All of those are more than adequate to fly an aircraft down for a successful landing on the runway,” he said.

Airport spokesman Doug Yakel told reporters there had been construction on the runway recently, but not on Saturday.

“Given that we had clear visibility today, we were operating under what’s called visual flight rules,” when good weather allows a pilot to see well to operate the plane, he added. He did not take further questions on the instrument landing technology.

Former Inspector General of the U.S. Department of Transportation Mary Schiavo said pilots had become increasingly dependent on instruments for flying. But she added that modern planes had plenty of systems for landing safely, down to a pilot watching the lights on the runway.

(Additional reporting by Laila Kearney in San Francisco and Tim Hepher in Paris; Editing by Jonathan Weber and Andrew Heavens)